History of the Aquifer

To understand the formation of the Edwards Aquifer, we must first go back 105 million years – to the Age of Dinosaurs. At that time, the region was covered by a shallow sea. That sea held a vast collection of life. Coral, forams, gastropods and other creatures composed of carbonate matter. Algae and calcium carbonate also precipitated from the warm ocean waters forming thick carbonate sediments. 65.5 million years ago, a mass extinction event occurred and almost all of the dinosaurs disappeared (with the exception of birds) and made way for the Age of Mammals.

Rainfall absorbs carbon dioxide from the atmosphere and from decaying organic material in the soil to form carbonic acid – the same gas found in soda drinks. This weak acid, over millions of years, dissolves the limestone. The water flows through the fractures, faults, and pores in the rock, slowly dissolving it to form conduits and caves. A cave is a natural underground space large enough for a person to enter. A conduit is bigger than the diameter of a hose and smaller than a cave. The area where the rock is fully saturated with water, and can yield sufficient useful quantities is called an aquifer.

Water in an aquifer is part of the hydrologic cycle – the continuous flow of water from the atmosphere to the land surface, stream, rivers, and the ocean to evaporate to form rain. Groundwater is also part of the hydrologic cycle but the movement of water may be much slower than surface streams. In limestone terrains, commonly called karst terrains, water may flow beneath the surface in caves to emerge at springs. Groundwater velocities can be much faster in karst terrains than in other aquifer types such as sand and gravel aquifers. Karst aquifers are characterized by the presence of soluble rock, caves, sinkholes, sinking streams, and springs.  The Edwards Aquifer is a karst aquifer and is noted for rapid recharge of water and rapid groundwater velocities in the recharge zone. Groundwater velocities have been measured at more than a mile per day in some areas.

Water from the surface sinks into the ground through fractures, sinkholes, and caves in limestone to form the Edwards Aquifer. Water discharges from a series of springs including Comal and San Marcos springs, the two largest springs in the southwest.  The flow of water into and through the aquifer creates a positive feedback loop – water containing carbonic acid slowly dissolved the rock which allows more water to enter the aquifer which dissolved more rock – which allows more water to enter the aquifer and so on. To observe the limestone dissolved in water from the Edwards Aquifer, boil a pot of water until the pan is empty and observe the white material left in the pot. This is the dissolved Edwards Limestone. 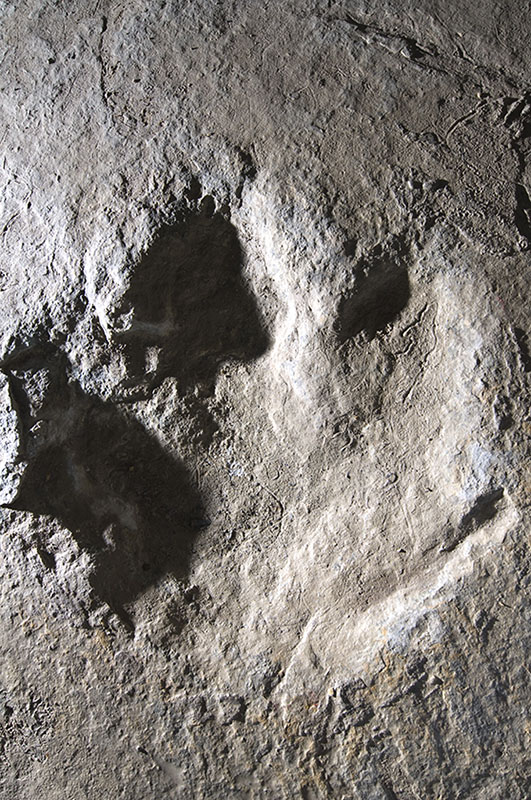